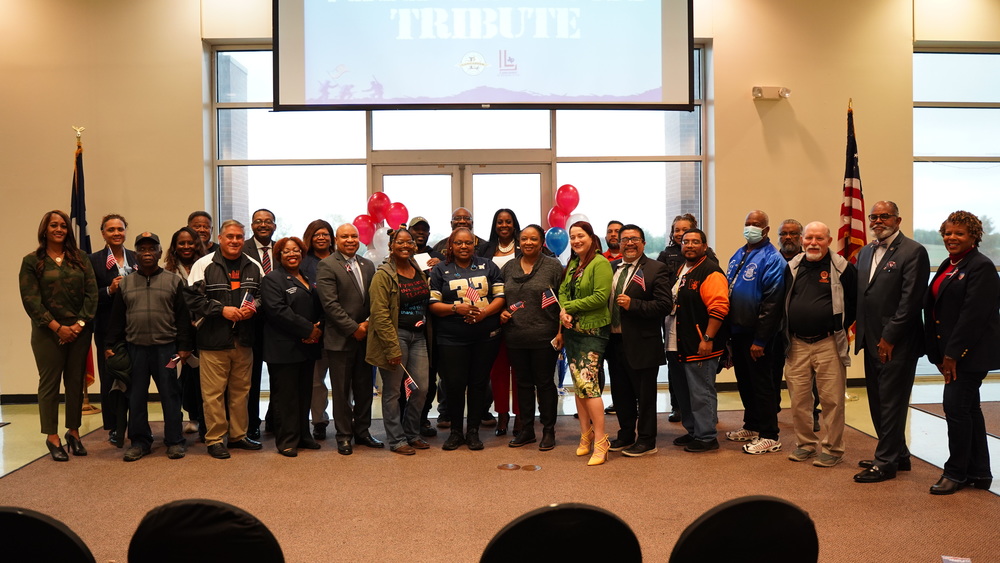 LANCASTER, Texas -- Celebrating and honoring Veterans for their service to our nation is a mission Lancaster ISD holds in high regard. This year, the district joined forces with the City of Lancaster to plan a first-of-its-kind tribute program for veterans employed by the two organizations. The combined event is an opportunity for the city and district to commemorate Veterans Day and express gratitude and reverence for former service members.

"The City of Lancaster and Lancaster ISD are using their great relationship to connect with and represent our veterans," said Opal Mauldin-Jones, Lancaster City Manager. "The Veterans Day Tribute Program is a great way to appreciate those who have served and continue to serve their fellow man."

"It was incredibly important for the district to collaborate with the city for the program to further the positive partnership we've established," said Sonja Brown, Lancaster ISD Lead Communications Coordinator. "I feel passionate about honoring veterans working for the district and city because they're what I affectionately call 'twice-servants.' First, they've served our country, and now they're serving our students and community. They deserve to be recognized for their contributions."

On Friday, November 11, the Lancaster ISD Communications team decorated the Grand Ballroom in the Lancaster Recreation Center with red, white, and blue balloon bouquets. In addition, a small American flag and a patriotic ribbon were given as program giveaways.

After hugs and hellos, the program opened with a presentation and posting of the colors and the Pledge of Allegiance by the Lancaster High School JROTC students. Next, the LHS Jacio Advanced Choir Ensemble performed a beautiful rendition of the Star-Spangled Banner.

Lancaster ISD Superintendent of Schools, Dr. A.K. Perera, welcomed guests and honored veterans with words of thanks, followed by the recognition of dignitaries and a moving prayer from the Mayor of Lancaster, Clyde Hairston.

State Representative Carl O. Sherman Sr. shared a story about Doris Miller during the program. Miller was a Black American U.S. Navy cook killed in action during World War II but was not formally honored or recognized for many decades following his death.

"Freedom is not free," expressed Sherman, reflecting on the bravery and sacrifices required of veterans. "We must honor our veterans because they are our hometown heroes. We talk about heroes and celebrities, but the real heroes are those willing to get into the theater of war and fight for us, not knowing whether they will come home. When I think about their contributions, it doesn't even end on the battlefield. Veterans help elevate their communities by bringing a certain level of resolve and discipline."

As the Armed Forces Medley played, the veterans stood during their branch's song. Each veteran was acknowledged and presented with a certificate of appreciation from the City of Lancaster and Lancaster ISD.

"Veterans Day is a bittersweet day for me because my dad served in the military, and he's no longer with us," said Dorothy Cooper, U.S. Army veteran, and Lancaster ISD Student Support Specialist. "But it feels amazing to be recognized for my service in the Army. There is always a sacrifice when you join the military, and to have that sacrifice recognized all these years later is very special. It means so much."

The Veterans Day tribute closed with a moment of silence to remember the service members who made the ultimate sacrifice.

Lancaster ISD is pleased to partner with the City of Lancaster to honor local veterans who proudly served our nation.

During the November 17 Board of Trustees meeting, the district will also acknowledge its veterans and present them with a lapel pin with the Lancaster ISD logo that reads 'Proud Educator Proud Veteran.' 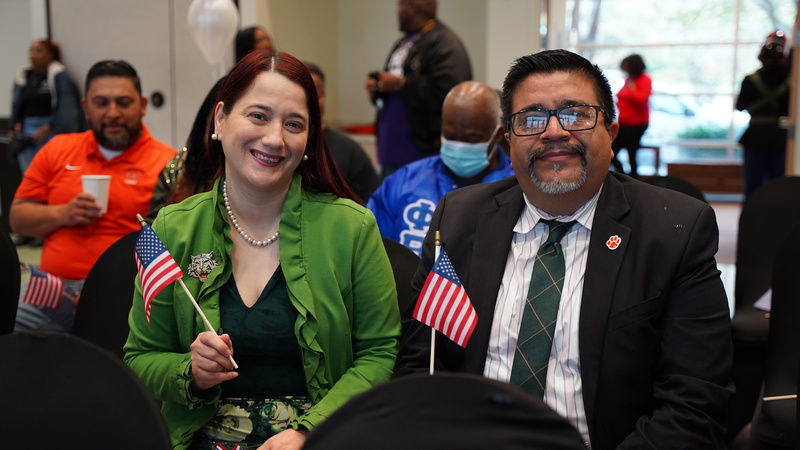 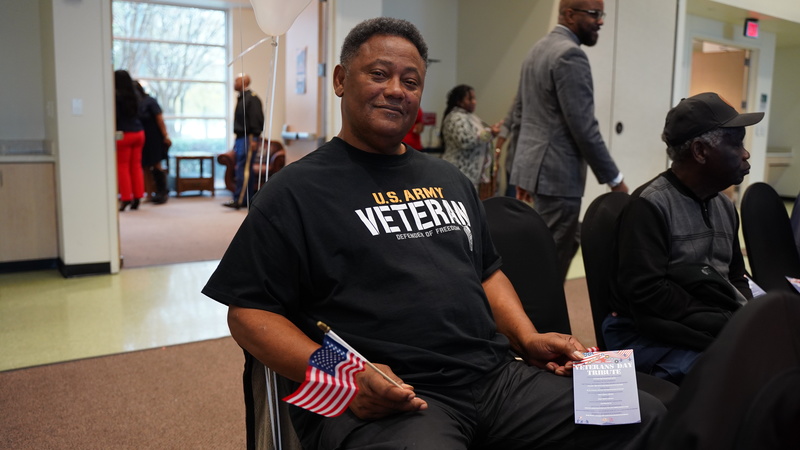 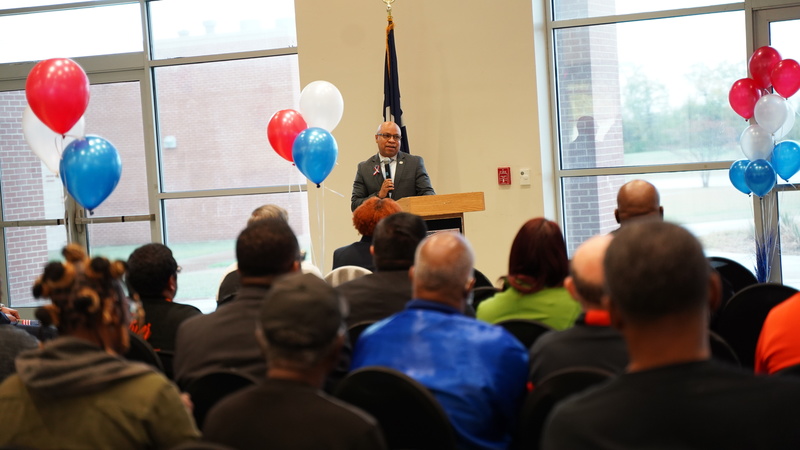 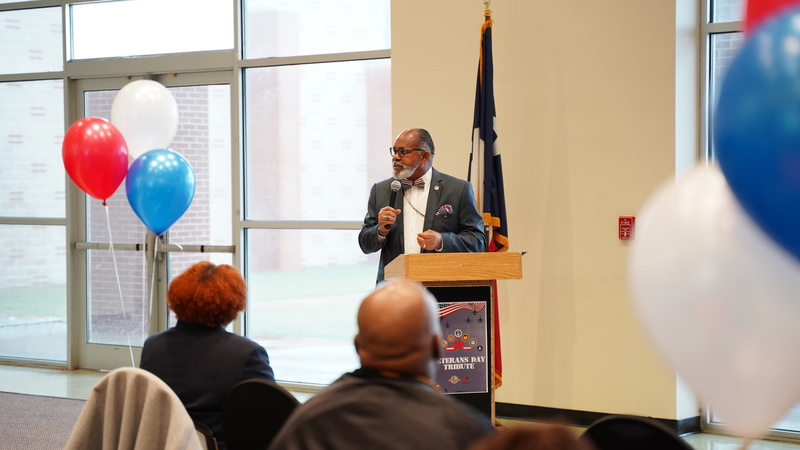 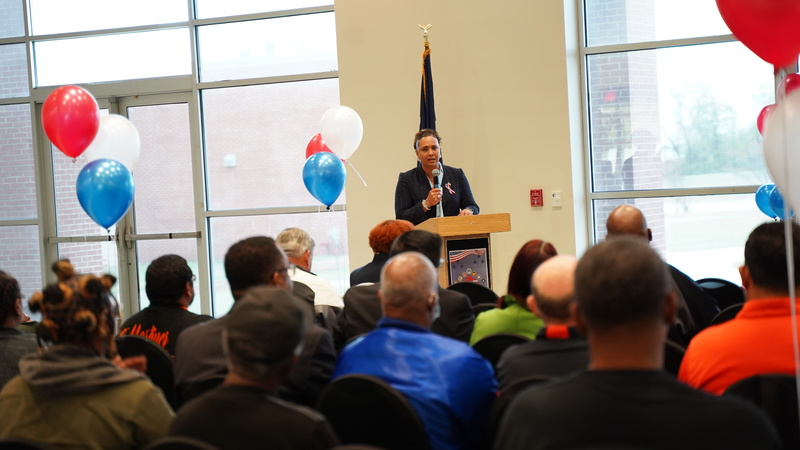 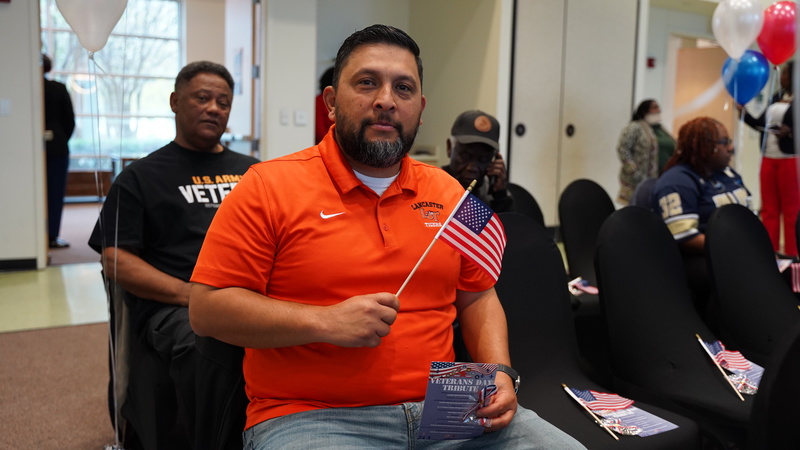 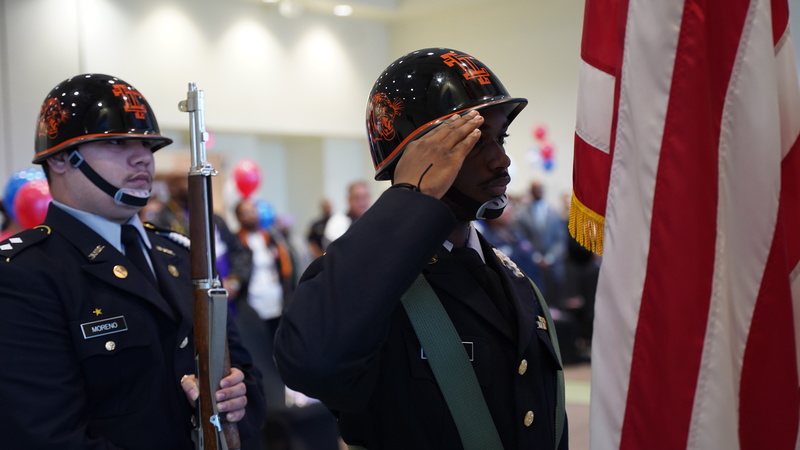 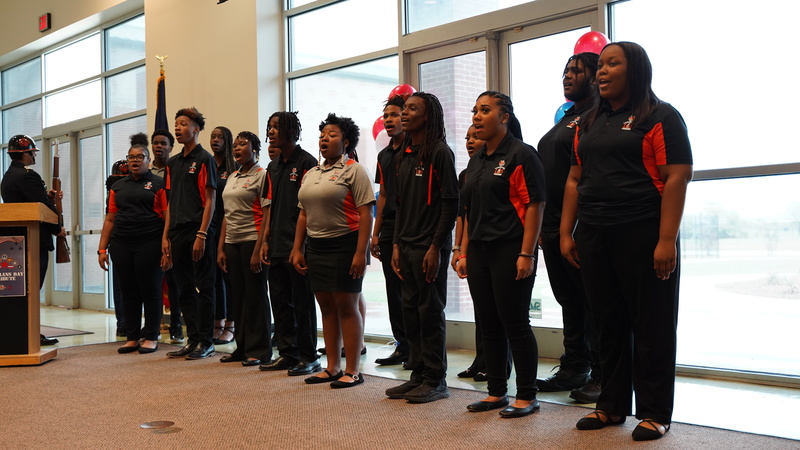