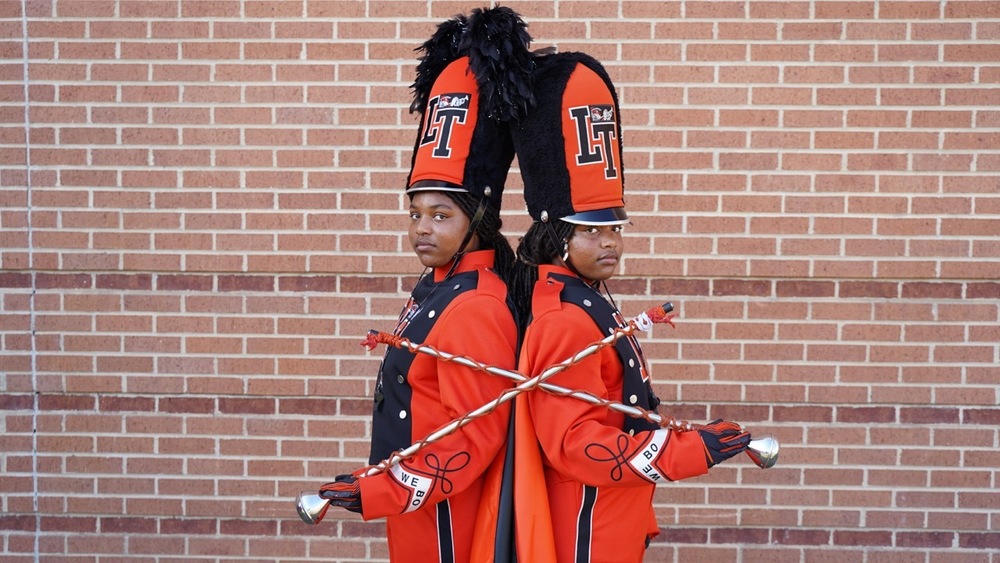 LANCASTER, Texas -- If you think you’ve been seeing double on the field as the Lancaster High School Tiger Marching Band performs, you’re right!

Twin sisters Taylor and Tyler Preston are part of a group of talented drum majors leading the LHS band as they entertain crowds during halftime, perform during events, and compete for awards. The sisters are the first set of female twin drum majors under the leadership of band director A.D. Bonner. They’re also the first twin drum majors from Lancaster Early College High School.

“Being a drum major is an amazing opportunity, and it’s really helped me come out of my shell,” said Taylor. “It’s a big accomplishment for my sister and me. I’m happy we can do this together for our senior year.”

Bonner has been directing the award-winning Tiger band for 17 years. He says the twins stood out during the drum major tryouts earlier this summer.

“Taylor and Tyler went to Jackson State University’s band camp over the summer, and I could tell they learned a lot and had been practicing,” said Bonner. “When it was time for LHS drum major tryouts, they were two of the top four competitors. The twins are natural leaders and have a great rapport with their fellow band members.”

All drum majors for the Tiger band have several responsibilities, including mentoring and encouraging the musicians to continue perfecting their craft. They also ensure the band is motivated for every performance by bringing energy and enthusiasm.

“It’s definitely a different experience going from playing in the band to leading the band,” said Tyler. “There is an added pressure being a drum major because we’re the first people the fans see when the band walks onto the field.”

The pressure and spotlight may be on the drum majors, but the twins say the feeling of performing is indescribable. Fellow drum majors James Mitchell and Mekhi Murray echoed the same sentiments.

“It’s exhilarating,” said Mitchell. “When the drumline starts, and we hit the field, that moment has all my focus. Then, it’s time to get out there and put on a show.”

“For me, it’s pure adrenaline. I get a huge adrenaline rush the second we touch the turf,” said Murray. “It’s almost like a switch flips, and I go into performance mode.”

Aidan Joseph says in addition to performing, his favorite things about being a drum major are the leadership responsibilities of the position.

“It’s not just dancing and putting on an energetic performance with the other drum majors,” said Joseph. “We also have to make sure the band is paying attention to the band director and that they’re ready to take the field.”

Kahmellah Hollowell says being a drum major has taught her valuable lessons about being a team player.

“It’s awesome knowing I’m able to be part of something bigger than myself,” said Hollowell. “I already know I’ll try out for the position again next year.”

Taylor and Tyler shared they are having a fantastic time serving as drum majors for their senior year. When asked what advice they would give aspiring drum majors, they replied, “Start working on your mentoring skills now and set the example for your fellow band members so they start to look to you as a leader.”

The twins and their fellow drum majors are ready to lead the band as they prepare for upcoming performances. Drum major Breon Perkins says he’s looking forward to participating in the opening parade of the Texas State Fair on Friday, September 30.

“I can’t wait to feel the energy and excitement of performing in the parade,” said Perkins. “I’ve been looking forward to it all year.”

“We are ready to showcase our talents during the opening parade,” said Bonner. “We’ve been in the opening parade for several years. Lancaster High School is one of the only high schools participating this year, and it will be an exceptional moment for the band.”

The band is also co-hosting a Battle of the Bands on Saturday, October 1. That evening, they’ll also be pre-game entertainment during the State Fair Classic Grambling State University versus Prairie View A&M University football game. Finally, on Tuesday, October 4, the band will perform during the National Night Out festivities for the City of Lancaster. 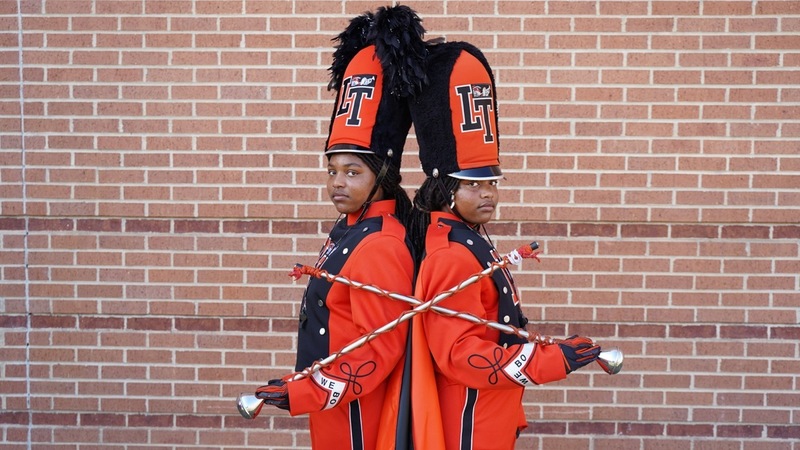 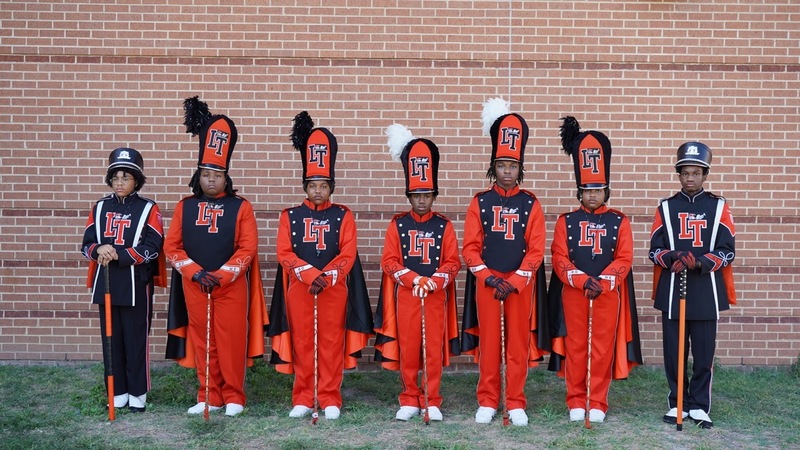 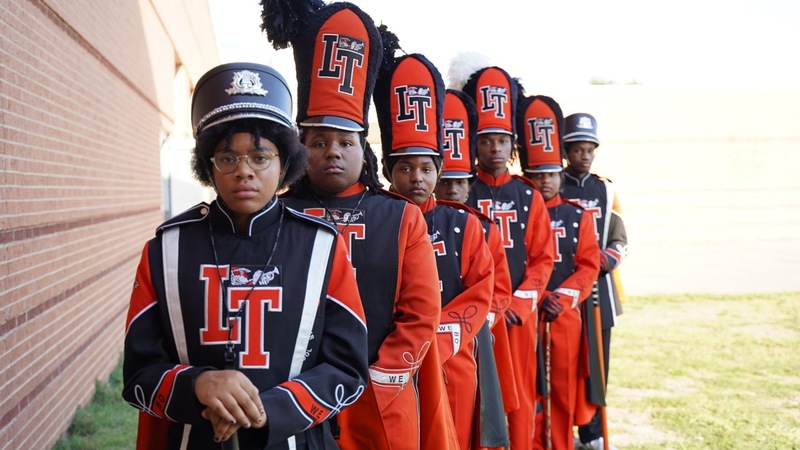 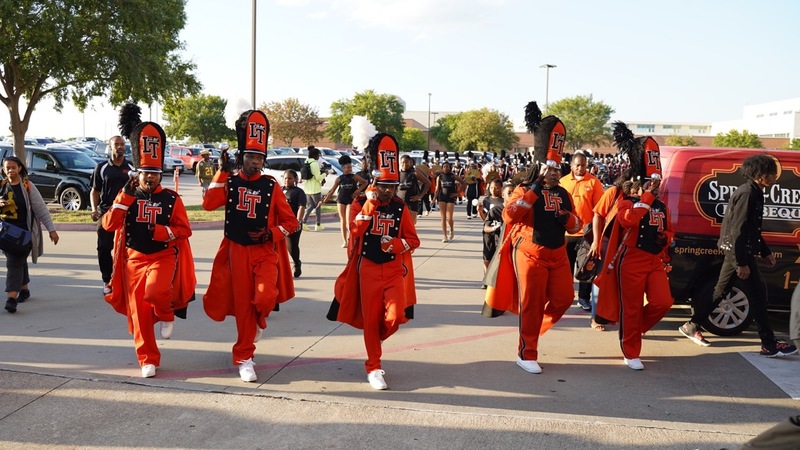 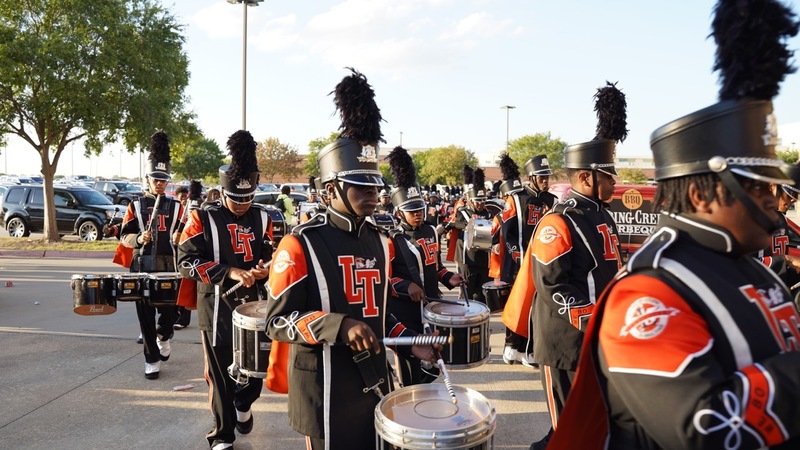 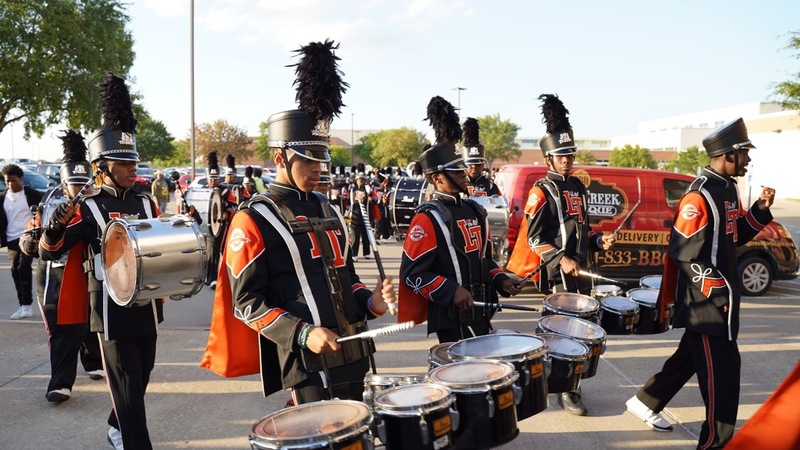 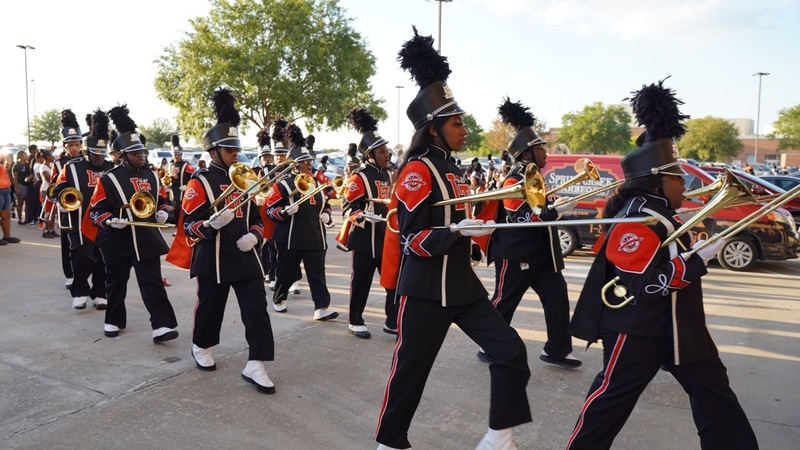